By Jared Wallace 6 November, 2021 No Comments

Hey all, Jared Wallace, better known as eureka, bringing you another JP community spoiler [15-062C] Rem! Let’s skip the banter and get straight to the card! 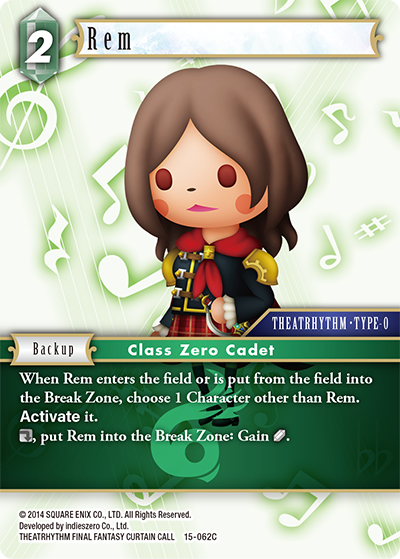 So, a 2 CP Backup that generates a Crystal for Wind. I guess I got this spoiler because I played Mono Wind at the beginning of the last set? On first glance Rem doesn’t look particularly interesting. Maybe you think that it’s just another option for obvious activation-synergy cards like Chocolatte, Hope, and Baralai, but I promise you it’s worth thinking about this card a little deeper. I think that Rem actually opens up a lot of possibilities for early game Backup curves for Wind going forward.

What do I mean? Rem is the first time we’ve had a 2 CP Backup that activates another Backup without a condition* (like Pavlov or Opus 14 White Mage), which is a particularly potent way of squeezing out extra CP and, by extension, cards out of your early game Backup development. Let’s look at some examples.

*It has been pointed out to me that Opus 1 Aerith actually does the same thing as Rem here. Whoops! I totally forgot Aerith existed. Still, the additional utility makes it a strict upgrade.

What About the Crystal?

To be honest, we really don’t know enough about Wind’s Crystal consumers to adequately evaluate the value of the Crystal. However, just having an ability that bins Rem and nets you another activation could be potentially useful for squeezing out extra draws with Chocolatte on critical turns or just swapping out your Backups comfortably later in the game when you need something important, like Althea. Obviously, if Crystals end up being useful for Mono Wind (or any archetype that wants to play Rem curves in the first place), it will be a welcome addition.

So, what do you think? I’m sure there are a lot of synergistic cards and decks that could benefit from this that I couldn’t cover in this article, so let me know what you think and how you want to use this card next set in the comments or on social media. Thanks for reading, and see you next time! 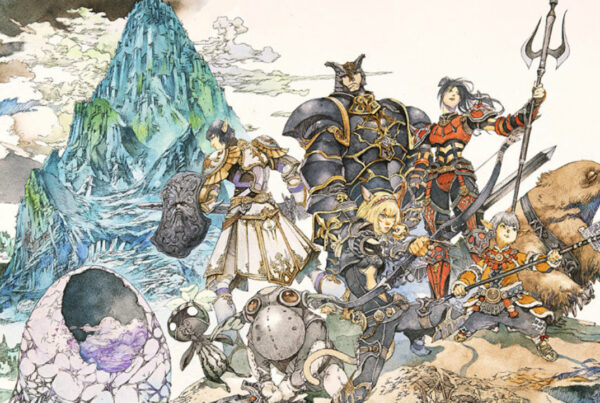 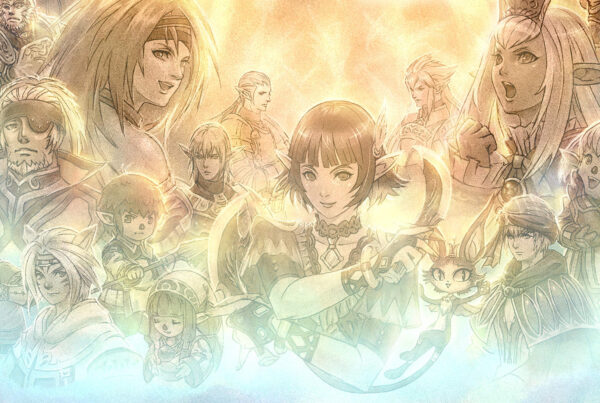